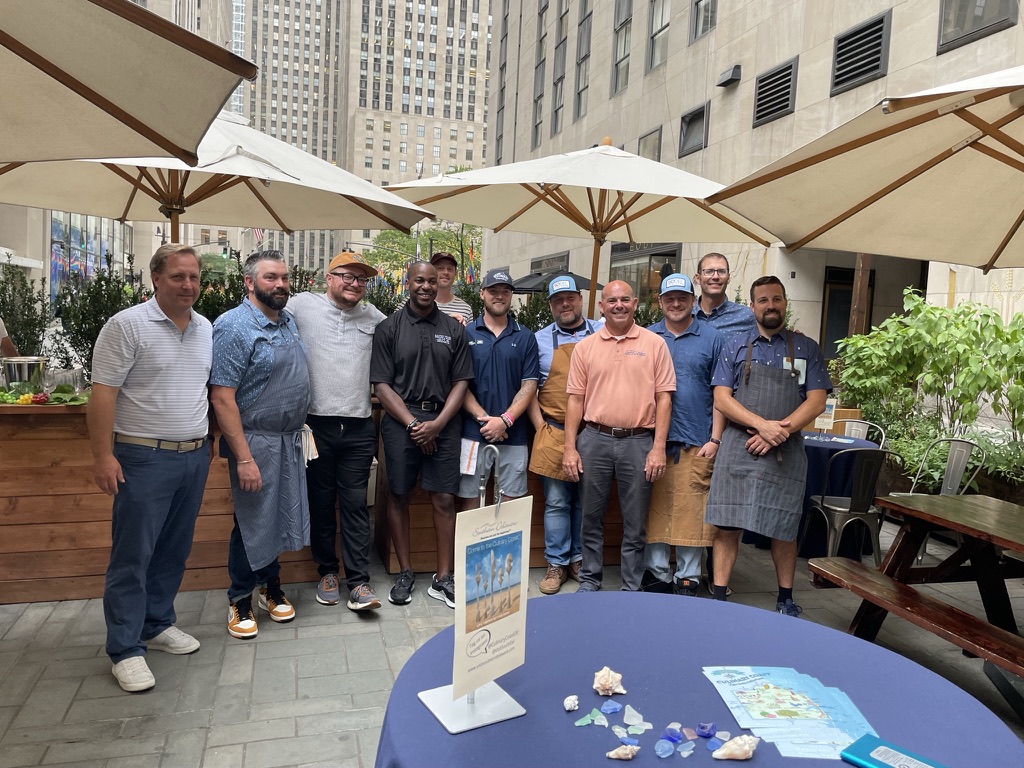 Southern Delaware Tourism, as part of an ongoing campaign promoting the Culinary Coast™, partnered with Sussex County businesses to celebrate summer solstice with food and travel writers in New York City. The pop-up event, which took place on the plaza outside the Other Half Brewery at NYC’s famed Rockefeller Center, featured small bites from local chefs along with beverages from local producers.

“We wanted to take Southern Delaware’s Culinary Coast to the heart of New York City to celebrate the start of summer,” says Southern Delaware Tourism Executive Director, Scott Thomas. “It was a great opportunity to have our chefs and bartenders connect with national media to enlighten them on the flavors and stories that set us apart as a culinary destination.”

The Culinary Coast™ campaign continues to be a key focus for Southern Delaware Tourism, as the team works to raise awareness of the region’s unique offerings. For more information about Southern Delaware Tourism please go to visitsoutherndelaware.com, or follow us on social media (Facebook.com/SouthernDelawareTourism or on Instagram @visitsouthdel and @CulinaryCoastDE.)